Even the most hardened veterans need good weapons. Not only does a soldier's life depend on it, but it can affect the success of an entire operation where millions of civilian lives may be at stake. Very soon you'll get the chance to stock up your arsenal with the new guns we're going to tell you about today. Let's get started!

The next Warface update brings you a new light machine gun from Knight's Armament Company: Stoner LMG A1. Its fantastic balance of damage and accuracy set it apart, especially in accurate fire mode. Stoner LMG A1 can also be reloaded relatively quickly (compared to other machine guns): it takes about 4 seconds to fully change the clip and get the weapon ready to go.

This machine gun has an impressive 180-bullet clip, plus riflemen can take an additional 540 along with them. The pluses of this new model include increased damage to limbs and comfortable recoil.

The gold version of this machine gun will have increased accuracy when shooting from the hip, as well as increased clip capacity and ammo.

At first glance, this new medic weapon may remind you of two unique weapons that already exist in Warface. Just like Saiga Spike, Marlin 1894 Custom is loaded not with shells, but with slug rounds. And reloading is strikingly reminiscent of another symbol of the Wild West: Winchester M1897.

Marlin 1894 Custom has long range and high accuracy, both when aiming and from the hip. It's also powerful enough to land any enemy on their back at close range (if you don't kill them with the first shot, that is). This unique weapon comes with two one-of-a-kind attachments: a silencer and a sight with fast 1.3x zoom and increased accuracy. 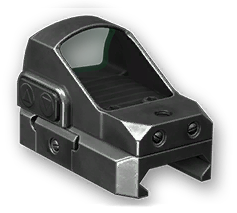 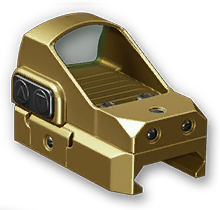 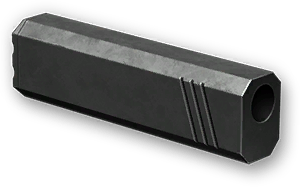 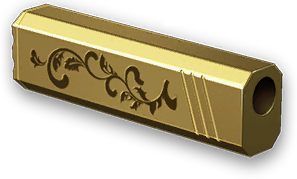 Besides looking super luxe, the gold version of this weapon is distinguished by its increased range and higher-capacity clip that holds 10 bullets.

Presenting SIG MPX SBR Custom: a new engineer weapon. It's a modular submachine gun notable for its high damage and good range with low recoil, and features the ability to fire four-round short bursts. Just one of those in the body or a limb is enough to completely take out your opponent, and at close range all you need is one shot to the head! Besides its looks, the gold version of SIG MPX SBR Custom is distinguished by its increased damage and rate of fire, as well as a higher-capacity clip that holds 36 bullets.

The second new weapon for engineers is the Thompson M1928 submachine gun. This weapon gained widespread fame during World War II. Lovers of drawn-out battles will enjoy the new SMG's stats: it has a high rate of fire, high-capacity clip, and lots of ammo. Thompson M1928 is great at both close range and medium range. Besides looking great, the gold version of this weapon is distinguished by its increased damage, range, and rate of fire.

This sniper rifle may not be new, but we put it in this category anyways since the gold version is appearing for the first time, and the stats have been significantly increased: it now has a damage multiplier to limbs and the minimum damage has been increased. You can find more details about the upcoming changes, which affect McMillan CS5 and a ton of other weapons, in the corresponding materials. The gold version of this sniper rifle is distinguished by its increased range and increased clip capacity, as well as a slightly higher damage multiplier to limbs.

A new pistol is coming to Warface very soon, and it's like something out of a sci-fi action movie: Maxim 9. An integrated silencer gives this gun a unique appearance. PvP lovers will have a blast with this new weapon thanks to high damage, great accuracy in aiming mode, and excellent range—all of this puts Maxim 9 on par with popular guns like S&W M&P R8 and CZ 75 Czechmate Parrot. Besides looking super luxe, the gold version of this weapon is distinguished by its increased damage and rate of fire, as well as a higher-capacity clip that holds 20 bullets.

No one will argue when we say these colors are far out! Thought out down to the smallest detail, these spellbinding models will be a worthy addition to your collection. And they won't lay around gathering dust: the series includes top weapons. See for yourself! 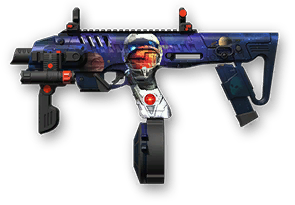 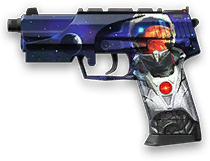 You never know, the day might come when you need to leave this planet!

Are you more a fan of the good old M16A3 Custom, tactical Fabarm STF 12 Compact shotgun, silent killer Honey Badger, and rapid-fire Remington R11 RSASS? Very soon you'll get the chance to recolor these fantastic guns with bright skins from the Euro series!

What do you think of the new additions? Your opinion is important to us!
This short survey will not take you long but will make a great contribution to further project development. Let's improve Warface together!
2020-06-30 23:30:58