The new update brings you a new agent and her dedicated contracts, for completing which you can get cool weapons of the Handicraft series, as well as plenty of bug fixes. Furthermore, new weapons will soon appear in the game — stay tuned not to miss them out!

A new agent is now available in the game. Welcome a newcomer in the Warface ranks, Anna Beckman, aka Agent "Impulse"! Anna is a very inventive girl, who is fond of electronics and DIYs. Read more about the agent and contracts with her content in a dedicated article.

This is a modern version of the Bushmaster M17S bullpup assault rifle, produced by K&M Arms. The novelty has several cool features at once — a hybrid sight and rangefinder.

On the rifle screen you can see the rest of your rounds in the magazine, your ammunition and the distance between you and your target. In addition, you will be able to switch between the collimator and optical sight.

While being similar to the IMBEL IA2 Assault rifle, the novelty differs from its counterpart thanks to increased damage multipliers and higher rate of fire, however it does have reduced base damage. 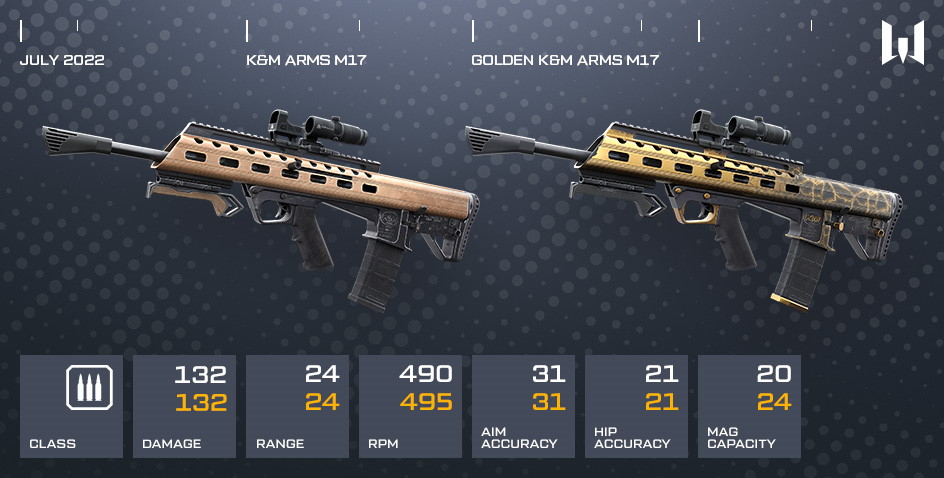 The golden version features a higher rate of fire and an even more spacious magazine.

The bullpup weapon with a shortened barrel was designed by DesertTech Inc. The novelty has a good combination of high damage, good damage multipliers and impressive long-range damage. This allows you to eliminate enemies with a single headshot, even if they have topnotch equipment.

These characteristics are offset by a low rate of fire and a strong recoil (when compared to its nearest competitor, SIG 552 Commando and SAR 109T Specs). 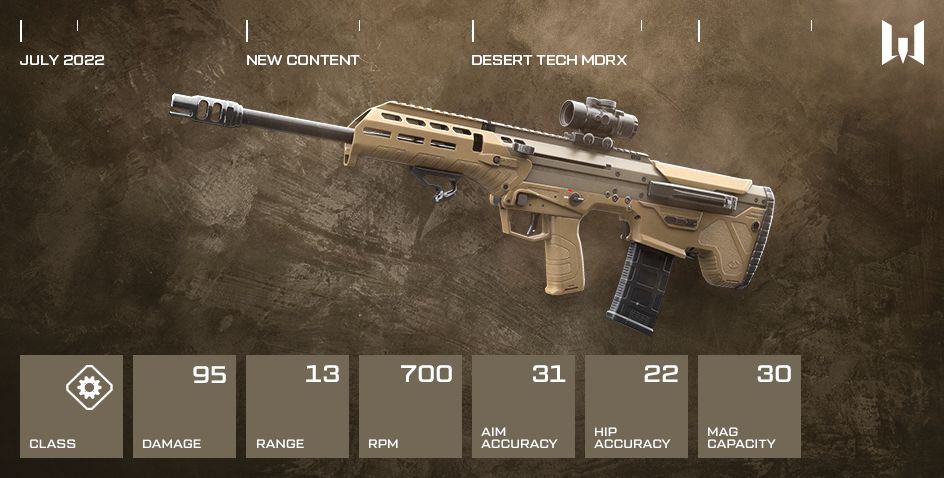 Please note that the weapons mentioned above are not yet available in the game. We will tell you about the ways of obtaining them in the near future.

Changes to the weapons' characteristics "Atlas" Skins and Equipment
Any warrior will welcome gear with excellent specs and unique looks, especially if they are soldiers of the Warface squad!
2019-03-12 10:23:50